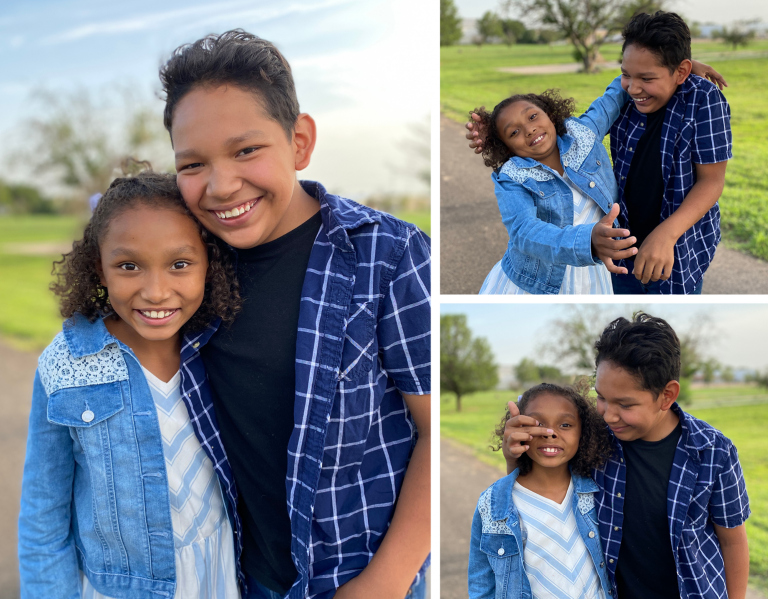 It was a typical Friday night. Devotion time was just ending, and the children sat around the room, listening to their house parent Isaac.

“Does anyone want to give praise to God right now?”

The first hand to shoot up in the air belonged to 9-year-old Jayliana, who’d come to Hope just two weeks earlier along with her brother, Joniven.

“I want to praise the Lord that I get to live here with my brother,” she said.

When Jay and Joniven first arrived at Hope, their stay was only expected to be for 48 hours, while case workers tried to find them a foster placement with extended family. No one came forward however. While they were waiting, the children quickly settled in to Hope—with Joniven’s case worker commenting,

“This is the first time I’ve seen him smile.”

At the end of those first 48 hours, the children’s case worker asked if a long-term place could be offered to Jay and Joniven. And thanks to your support, we were able to say yes!

Jay and Joniven are so thankful for their new home at Hope. Together with them, we praise God for friends like you who made it possible to welcome them to the family!

For more stories of Hope, check out our Stories page.

Want to provide for some of the children’s needs?
Visit our Immediate Needs Page to see the needs for each location.